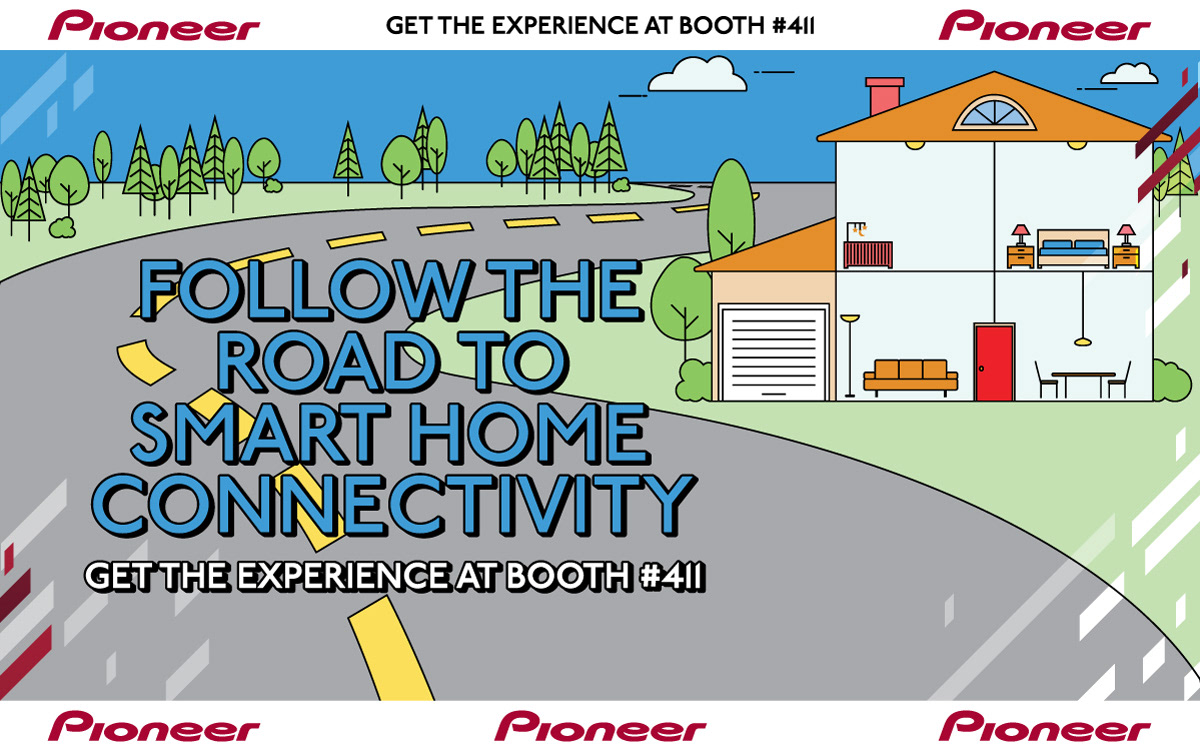 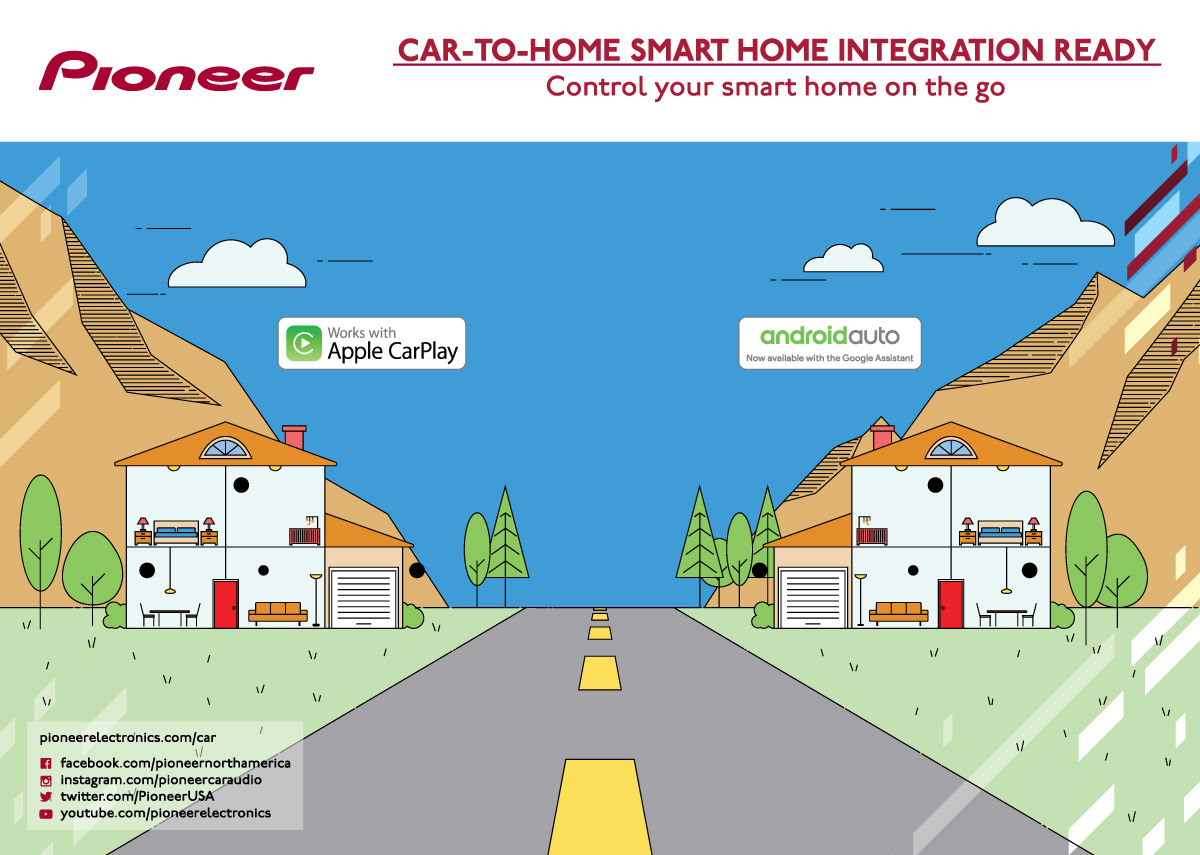 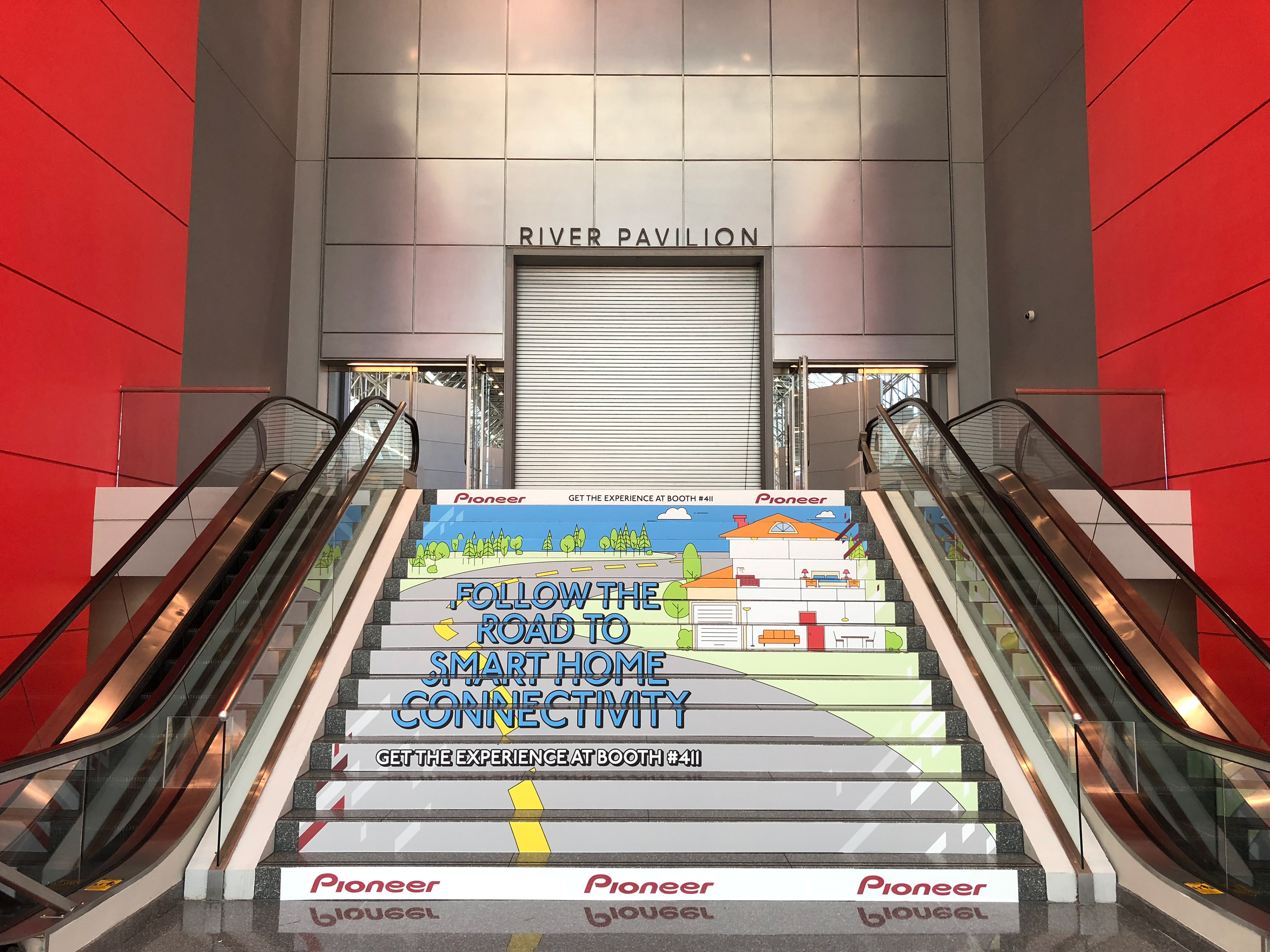 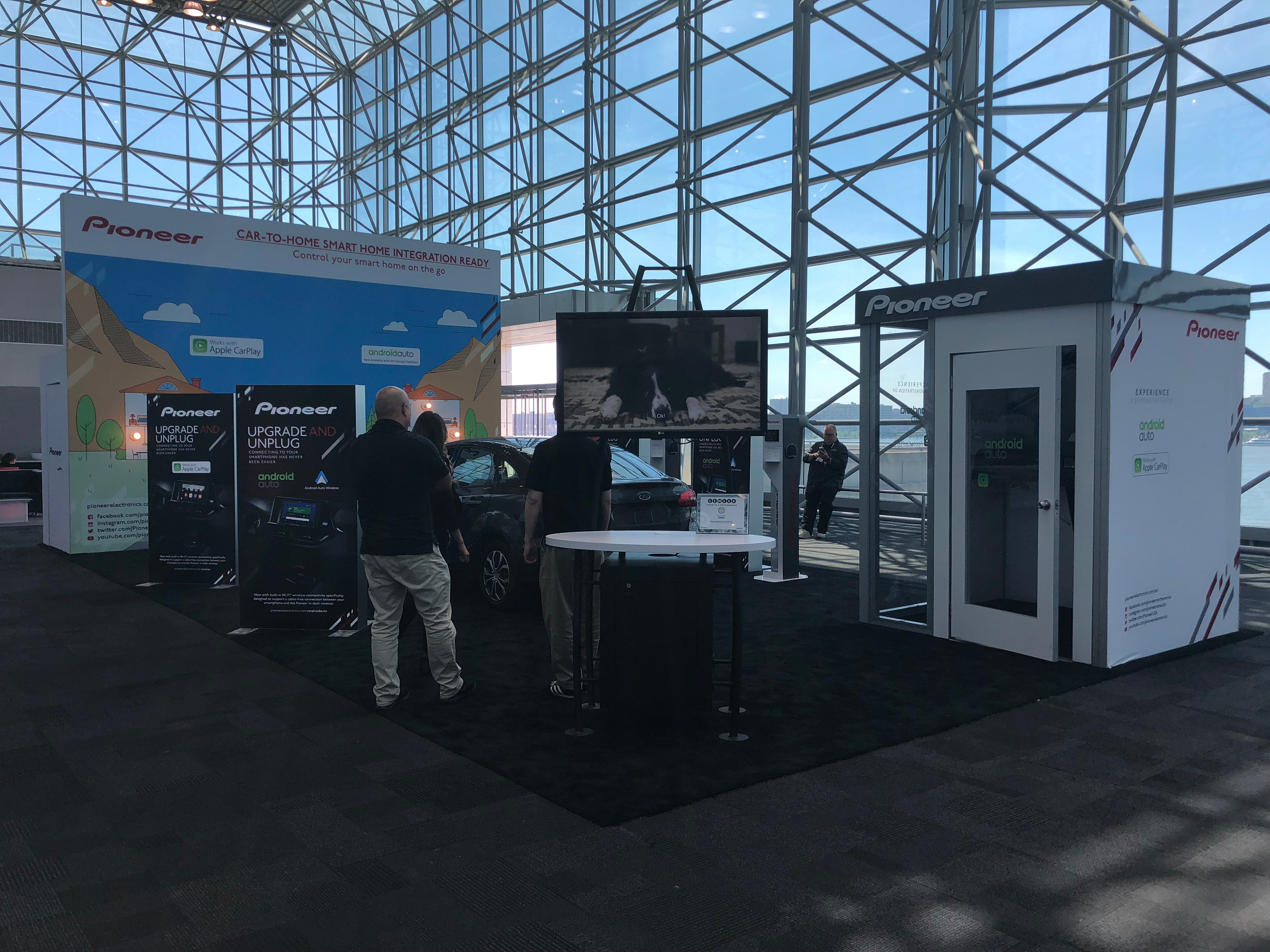 Pioneer's booth at CEWEEK 2018 in New York. Messaging was focused on Car-to-Home Smart Home integration. Booth consisted of an interactive demonstration with a panel that held Smart Lights and Smart Thermostat. Through a demo, a user could ask a smart assistant like google or Siri to turn on/off, adjust said smart devices via their vehicle.
Another messaging at the booth were the wireless connectivity of your smartphone and the car receiver itself there were lightbox ads promoting the messaging and a demo booth along with product kiosks.
An external asset was the advertisement of the booth through a stair step advertisement.
I prepared the graphics. Mostly involved repurposing design elements from the current branding aesthetic. I was also given the task of coming up with the illustration for the main backwall and the staircase advertisement.
↑Back to Top